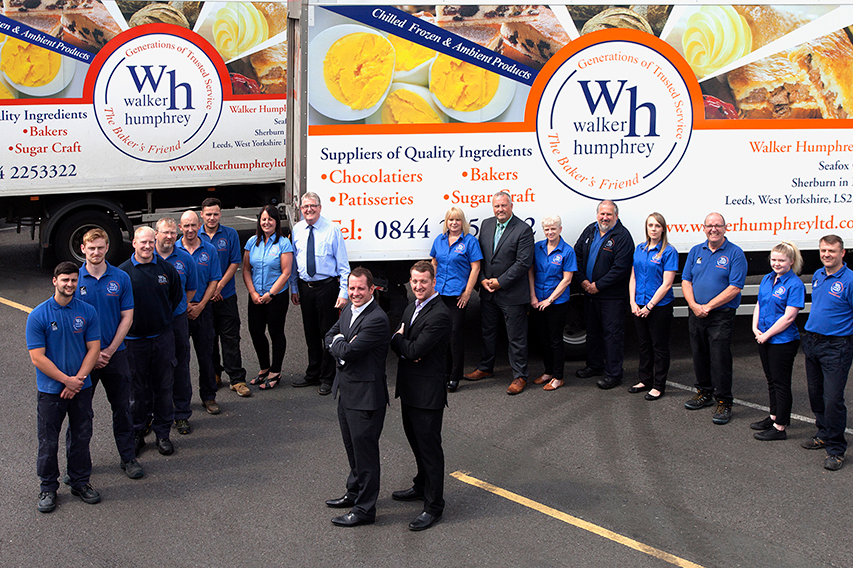 From one family to another…

The pandemic has halted many a project this year but there does now seem to be some light at the end of the tunnel. This has been particularly true here at Walker Humphrey as with the lifting of many restrictions we are finally able to announce that a much-awaited company acquisition has now been allowed to go ahead.

Back in March we were approached by one of our customers, Roltons, who asked us if we would be interested in buying their business. Having a very similar company ethos to our own, brothers Martin and Peter Hey were keen that their loyal customer base, built up over the last four decades, would be passed over to a company who offered the same levels of service and dedication to their customers as themselves.

Martin said that Walker Humphrey was the obvious choice as being a family run business they have the customers’ needs at heart and despite operating on a larger scale than Roltons the two wholesalers are very similar in many ways. Both companies have a long history of excellent service through the generations and will go out of their way to solve issues and get things done quickly for their customers.

Trading as Roltons Yeast the company was established in Oldham just after the Second World War as a one man, bike delivery service at a time when many people began to bake bread to sell on their local streets. Leo Roltons saw a gap in the market and began delivering boxes of yeast to these street traders, many of whom went on to establish bakeries themselves. As demand grew, Leo’s business was incorporated in 1947 and was eventually sold to a Mr Cook who expanded the business to provide other bakery wholesale products.

In the early eighties, Peter and Martin’s father, Alan, bought the business after having years of experience within the baking industry, first as a wagon driver, then as a rep before becoming the MD of Bowers Bakery Service. Retiring in 1989, the business was passed onto Alan’s sons who already worked for the company. By offering a fair price for their goods and a personal service Peter and Martin were able to continue to grow a loyal following of customers from around the Manchester, Oldham and Huddersfield areas.

Having served in all aspects of the business from delivery driving to ordering, selling and working in the shop, customers have said they will really miss the brothers which Martin said he and Peter very much appreciated. However, after 42 years in the family business, Peter is now looking forward to retirement where holiday plans and playing golf are high on the agenda. Martin, who has worked for 31 years says he’s not ready to retire quite yet and after a well-deserved adventure break in Wales is going to spend more time in his other role as a fitness teacher.

Martin and Peter will continue to work with Walker Humphrey over the next few months to enable a smooth transition for their customers and Martin Humphrey said,

“We are delighted that Martin and Peter have chosen WH to pass their business onto and we are determined, as a family managed company, to continue to provide the loyal Roltons customers with the excellent service they have come to expect thanks to the Hey brothers.”