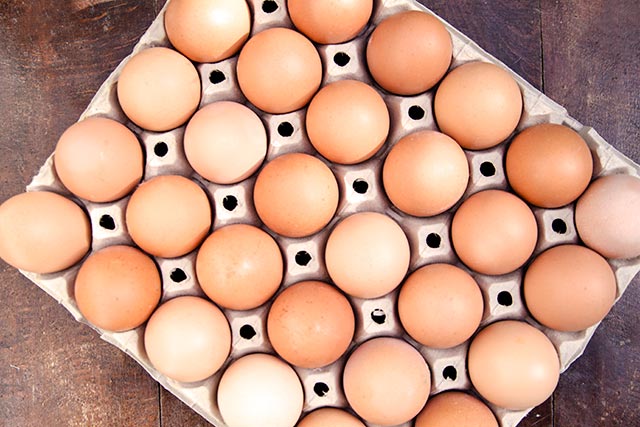 Butter
December saw butter prices drop early in the month as demand lessened. Although demand was weak, the pound weakened as the month went on meaning prices remained stable. The high demand for cream that the Christmas market brought pushed prices for butter up at the end of December. Demand on cream and butter has relaxed slightly in the new year but high demand for milk has seen cream prices pushed higher and we expect butter prices to follow in the coming weeks.

Nutmeg
Demand for nutmeg has increased drastically in China and India. So, in the short term expect prices to increase. However, with global production increasing year on year the overall trend is for a decrease in prices, although we need to get through this period of shortage before the trend can continue. Good rainfall in Indonesia this year should mean that the next crop will level out the market.

Sultanas
The Turkish sultana market is currently very firm. Supply this year is reduced from previous years. With a smaller than usual raisin crop from California, Turkey have dried more raisins than normal which further reduced the crop of sultanas available. As such expect Turkish sultana prices to continue to rise steadily until the new crop becomes available in September/October.

Egg
The egg market has slowed after Christmas, which we have come to expect. The UK market is heavily overstocked, Christmas was not a tight market as it normally is, the usual issue that the birds keep laying while manufacturing slows down over Christmas and New Year has been compounded by the fact that there are 5 million extra laying birds in the UK than is necessary. Some of this overstock will be cleared by egg powder manufacturers increasing their production. Otherwise we will see this clear as demand starts to increase towards Easter.

Poppy Seeds
Back in 2018 poppy seed prices increased drastically. Drought in the Czech Republic damaged European crops and unfortunately other origins have not managed to meet demand. Even with higher prices in the market demand is still outstripping supply, and global stocks are running short. The Turkish crop may offer some easing on pricing but with harvest not happening until July, do not expect to see reductions in prices until the last quarter of 2019.