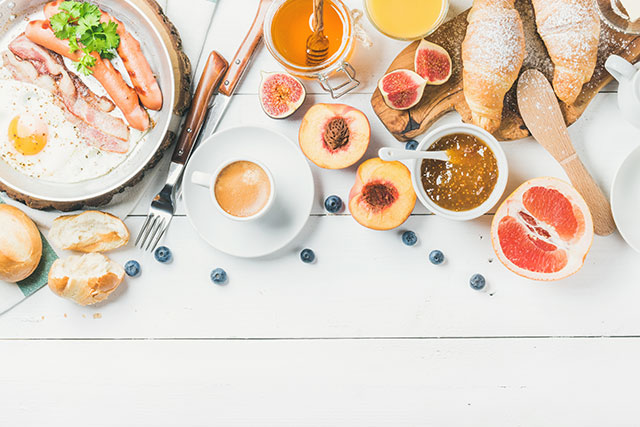 While not everyone’s morning cup of tea, breakfast remains on the menu for 95% of Brits and continues to be widely viewed as the most important meal of the day by 64% of consumers. However,generational differences are apparent, with older cohorts more likely to eat breakfast both in generaland in the home, while younger generations show more fragmented behaviours. The in-home market will therefore benefit from the ageing population in the years ahead.

51% of consumers eat breakfast on the move, and prefer to graze on several small items rather than onebig breakfast. Convenience is also key, as 1 in 4 Brits do not wish to spend longer than 2 minutes makingbreakfast. A successful example of ready-to-eat NPD meeting these needs is BelVita’s Soft Bakes rangelaunched in 2018, which grew the company’s moving annual total value sales by 41% and drove 8% growth,making it the UK’s third most popular sweet biscuit brand after McVitie’s and Cadbury.

Much ado about muffins

Considering the above statistics, it is unsurprising that cakes/cake bars specifically designed for breakfast would appeal to 45% of cake eaters/buyers. Weetabix has been quick off the mark here, launching its breakfast muffin in Tesco earlier this year. A single-pack version followed in March, targeting outlets such as cafés and service stations. The muffin comes in two on-trend variants -Blueberry and Apple, and Raisin –and both carry a high-fibre claim, tapping into the health and wellness trend. Developments on this front should include reduced sugar, and high protein claimswhich are also experiencing high demand.

Taking inspiration from the world of food to go, Caffe Nero has released coffee-infused bacon rolls using their signature blend of coffee. Over in the US, Panera has introduced new breakfast wraps to its range including Maple Glazed Bacon with Scrambled Egg & Gouda Cheese, and a Mediterranean Egg White Wrap, while Burger King is offering a Maple Waffle Sandwich in three flavours: Sausage,Ham, and Bacon.

Eat with your eyes

There is no question that social media is impacting consumers’ breakfast habits. 21% of breakfast-eaters think that social media is a good source of inspiration for new breakfast ideas, rising to 39% of 16-34-year- olds and46% of women aged 16-24. This can be seen in the buzz around foods such as overnight oats and smoothie bowls. Notably, porridge is the fastest-growing cereal segment, with value up 5.2%.Takinginspirations from social media trends is important for brands seeking to engage with younger generations.